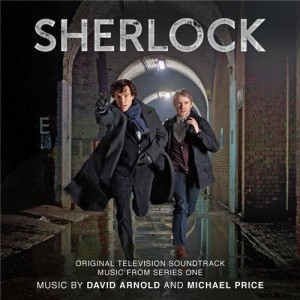 Michael Price is one of the UK’s most sought after composers. He has won a Royal Television Society Award and both BAFTA and 2 EMMY nominations for the BBC series Sherlock, composed with David Arnold. He’s currently scoring the new season of Sherlock, producing + scoring a new British indie film, Delicious, and writing a new album with Erased Tapes.

8 June, 2012 saw the UK release of Crispian Mills’ directorial debut A Fantastic Fear of Everything, starring Simon Pegg, with a bold new score from Mr. Price. (Soundtrack album out shortly).

MICHAEL PRICE SUMMER SCHOOL SERIES – Avid teamed up with Michael Price for a unique question and answer series.  Here is Session 1 from the series recorded in Mr. Price’s home studio.

In addition to composing for features like Zentropa’s Dommeren and Slingshot Studios’ Sugarhouse, Michael has scored two documentaries for producer and director Alfonso Cuaron, The Shock Doctrine and The Possibility of Hope. Michael met Alfonso when scoring additional music for the Academy Award winning feature Children of Men.

Michael has also forged a strong working relationship with fellow composer David Arnold with whom he has written and arranged on a number of features including Hot Fuzz, Casino Royale and Quantum of Solace.

Michael’s first film experience was as musical assistant, co-producer and arranger to the late Michael Kamen, with whom he collaborated for five years, working on projects such as X-Men, Band of Brothers, Iron Giant and Metallica – S&M and concerts around the world.

Prior to achieving acclaim as a composer, Michael enjoyed significant success as a music editor, working on films include Peter Jackson’s trilogy The Lord of the Rings, Richard Curtis’s Love Actually, Bridget Jones: The Edge of Reason, and Nanny McPhee. As a music editor, Michael has worked on a wide range of projects and has been nominated for four MPSE Golden Reel Awards, winning in 2001 for The Fellowship of the Ring.

A FANTASTIC FEAR OF EVERYTHING
Dir. Crispian Mills | Keel Films

THE FIRST MEN IN THE MOON
Dir. Damon Thomas | Can Do Productions

FROM THE EARTH TO THE MOON
HBO | Music Co-Producer

LORD OF THE RINGS (The Fellowship of the Ring, The Two Towers & The Return of the King)
New Line Cinema | Lead music editor, 5.1 master score editing