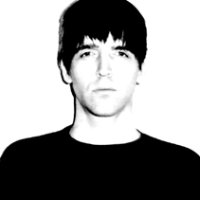 Bob Ebeling grew up in the 70’s learning Beatles and ELO records on the drums. He eventually tackled guitar, orchestration, engineering and producing. In 1993 he co-founded Ebeling Hughes, a primal psychedelic experimentation incantation that still breathes dragon fire today. In 1997 he co-founded Detroit’s Rustbelt Studios, a rock and roll mecca on the midwest map still today. His sonic touch spread and he was soon racking up album credits including Rufus Wainwright, Eminem, Remy Zero, Dead Meadow and others. In 2002 he formed Downtown, a pseudo-band to launch his darker modern narco-rock. This took him to England where he co-produced his debut LP with Flood and Alan Moulder, while stateside he polished material with Paul Logus. Living in NYC for 5 years, he continued to freelance engineer and mix. In 2007 he transplanted to Virginia where he opened Revolution Studios–the name based on the location being so close to the historic Yorktown battlefields. A lover of vintage gear and vintage tones, Bob is a master of the studio and of cool sounds. The drums are retro, the guitars are fuzzed up and blown thru a Supro, symphonic orchestrations alla Mellotrons, big vintage vocals, slick electronic maneuvers and tube compression are just the start of his specialties. Equally comfortable writing unearthly melodies or stacking vocals with the next hip-hop namemaker, Ebeling is a wizard of sorts… a musical wizard. Should he cast a spell it will surely resonate through time.

GIK Acoustics founder Glenn Kuras sat down with Bob Ebeling in 2009 to get his insight on recording and the music business.

Glenn: You’ve been all over the place in your roles in the music business, what are you up to now?

Bob: Yeah, it’s been an interesting journey and balancing act. I guess the balance part is what you get better at over time with anything. I started off as the multi-instrumentalist engineer slash co-writer slash producer. That used to get very stressful, trying to dial up drum sounds with the guitar player out hitting the drums for the first time in his life. Trying to mix while your writing brain is still in the way. I guess I waxed and waned because of that. When my desire to just write was overwhelming, then I had to draw some lines. Now I’ve found much better ways to balance all the roles and put my sanity first. Really just trying to keep it to one role at a time, and if I’m comfortable then I can stretch it out a bit.

Glenn: Tell me about the new studio.

Bob: At the present moment it’s a nice control room because 75% of the time I’m mixing or fixing, and a large vocal booth for recording. The emphasis is on great gear and the ability to do the same work I could in Chung King but without the mortgage on the SSL. It’s a well stocked Pro Tools suite. Choice vocal mics, micpres, and compressors–everything on the front end is vocals oriented and choice mixdown and mix buss EQ and comps. I’m well suited for artists who need to finish their records. A lot of people are taking it on themselves now but when they get to a certain point they’re stuck. This is a comfortable place for them to finish what they’ve started, get the same quality they would from a laBobrge scale room, but not break the bank.

Glenn: What gear is essential to you?

Bob: I always think of it as chains. Killer microphone, killer preamp, nice compressor, great conversion, on into ProTools. Keep 3 or 4 great chains going all the time. That’s the difference in being able to offer better rates to clients that don’t need a 40 channel Neve. Ninety percent of the time you are using one or two channels. Take the overhead out of the equation. I still use a lot of analog stuff and hit the mixbuss with a Massive Passive and a Smart C1 and do everything the same really, but in a smaller place. I’ve just always worked that way. The big studio is great for tracking drums or the band, but the big part of making a record is overdubbing with individuals, cutting vocals and mixing. As an artist, micromanaging your budget is essential to survival.

Glenn: So, why Virginia now?

Bob: I didn’t exactly head here with the intent of opening a studio but it really made sense after I got a grasp on this scene. There’s a lot of artists here, a lot of raw talent, so this was a pretty logical and a necessary thing actually. That’s really where your traps come into the picture, they’ve made such a huge difference in this new studio. Your bass traps have performed a miracle here really…

Glenn: Thanks Bob, it’s not like we invented the idea though…

Bob: Yeah, but you made it affordable, you know? I mean I have been investigating the whole issue for years and before I found you guys it was always a matter of money, to trap a small control room decently was like five grand a few years back. It’s hard to finally pull the trigger on stuff that isn’t directly effecting the signal. It’s easy to buy mics and micpres and compressors and plug-ins because it changes the sound electronically. It’s not so easy to think acoustically, especially to realize how much your monitoring environment effects everything you do. So the price is a major motivator.

Glenn: and you mentioned your monitors…

Bob: Yeah, the Focal Solo6’s, and the Lavry DA10 is part of it too. I just went for so long using Mackies and the Digidesign converters and thinking that was fine. When I got into my new place I knew I was in trouble pretty quickly. It’s not that big and my first job was mixing an EP for this New York alternative band, Frankopolis. I recorded these songs in a real nice Neve room that I was familiar with so I knew what I should be hearing. I tried to mix it and I could physically hear the point of confusion. So I got the new converters and monitors and it was better, definitely way better in general but still the point of confusion was there in the room, I mean it was the room. So the next move was to fix the room. That’s when I got turned on to your 244 Bass Traps and Monster Bass Traps.

Glenn: So what was the difference in your room?

Bob: Well, before the traps, I was about to buy the Focal Sub because the monitors, which are small, we’re not cutting it. They claimed to be flat down to 45 Hertz or 40, but I was only hearing down to 75 maybe. But if I listened from the front corners of the room I could hear nothing but punchy bottom. So I put the traps in there and it was just unbelievable. I mean, when you get the traps, they’re built great and look sweet in the room, but before I heard what they did, I was skeptical.

So I got them in there and played some mixes and favorite tunes and I had a big grin on my face. The room just flattened out and the monitors were definitely flat down to 45 hertz. The punch is back in the sweet spot, which has widened out, the imaging has taken on a new level of depth and detail. It’s more enjoyable to listen back or mix. Everything just became more enjoyable and less frustrating.

Glenn: How is Virginia compared to New York?

Bob: In NYC you have to specialize. I’m good at mic selection and vocal work so that’s the role I played there. In Virginia you have to be more full-service and flexible. There’s just so much more of an establishment in New York. You’re dealing with people that are deep in the biz already and a certain expectation level. Here I’m working with new artists in the development stage. This is a young scene with untapped talent and energy, there are a lot of possibilities. It’s nice coming here from the land of the jaded. You’ve got some pretty big cities all very close together here. Newport News, Hampton, Norfolk, Williamsburg, Virginia Beach, all within 45 minutes really. I get mixing and fixing jobs sent to me here and occasional artists from afar. This area is an extension Atlanta too, which is right up there with the big three (NY, LA, Nashville) now.

Glenn: With over 20 years in the recording business what have you seen as the biggest changes in the business side of things?

Bob: When I got going in the nineties, it was still the old school model of big deals, big publishing, and big studios. I was working with bands on 4 or 5 songs, then we’d fly out to LA, do a showcase and get a seven figure deal. Even my own psychedelic concept band got signed to a mini-major. There was a lot going on if you were involved in a big studio. So the glorious internet and mp3 came along and for a while I was still insulated from that, having moved to New York, as a freelance engineer I was bouncing around studios like Loho and Chung King and picking up whatever work was there. Then the crush started coming and studios we’re closing like dominoes falling. Around that time, 2004, I had slipped back into the artist role and out of the business light, but it seemed like by 2006-ish the whole industry was just in weightless freefall. This is all kind of filtered through my head, but the evolution has been the home studio. I’ve had my own studio for 20 years. It was quite an undertaking back then to get anywhere near the quality and options that are so cheap and easy now.

So what has really changed for me is the point at which I become involved. Where it used to be from the ground up, now it’s most always the client doing their own tracking and then bringing in stuff to mix or take to the next level. The big difference is a million little studios. Everyone with their own little studio. That is why proper room acoustics is such a big deal. It’s going to be the difference between your place and fifty other places on your block.